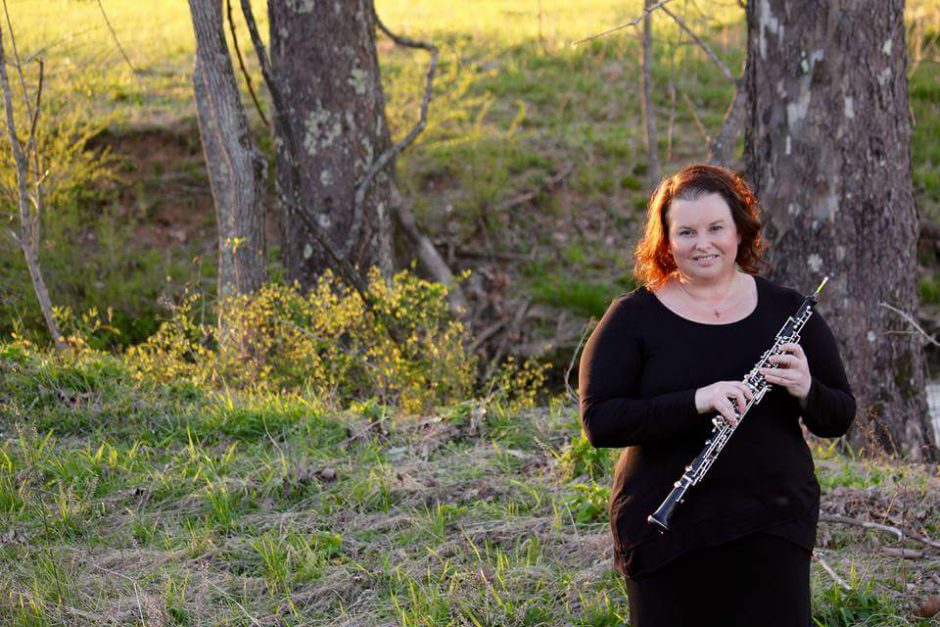 I grew up in Ashland, a small town in Southern Oregon that is just 15 miles north of the California border. Ashland lies at the South end of the Rogue river valley and is well known for its Shakespearean Festival and deep traditions in the arts.
I started playing oboe in the 5th grade when I was 9.  My first orchestral experience was playing in the Rogue Valley Youth Orchestra as a 7th grader. I played oboe through high school and played with the All-State Honor Band & Orchestra, and All-Northwest Honor Bands, as well as performing at the State Solo And Ensemble Competition all 4 years of high school.

I played oboe in college, earning a non-music major scholarship and also met my future husband, Greg, in marching band at Oregon State University. I was the first female drum major for OSU in 1994.  I earned my Bachelor’s degree from Oregon State University, with a major in Science Education and a minor in Music.

After college, Greg and I married, and I stopped playing oboe when I had my first child. I didn’t realize it would be a 15 year break.  7 years ago, I was at a Nashville Symphony concert, sitting in the orchestra view seats behind the symphony where you can hear how it sounds to be sitting in amongst the wind section of an orchestra, and I realized how very much I missed playing. I found myself an oboe, started practicing and was lucky enough to find the Spring Hill Orchestra right near me.  They needed an oboe when I was ready for the next step!  Just recently, I was honored to get to personally meet and thank Giancarlo and members of the NSO oboe section during a recent League of American Orchestras reception held in Nashville for their inspiration in bringing me back to playing oboe and giving so much joy back into my life.  Hearing their music from those seats with that unique sound and vantage point, and then starting the journey to find it to start playing again, truly gave me a piece of myself back that I didn’t even know was missing.

In addition to playing principal oboe with the SHO, I also play with the Nashville Philharmonic Orchestra, and am on the sub list for the Mozart Concerto Orchestra as well. I teach private oboe lessons for beginning to intermediate students in Spring Hill and surrounding areas.

My husband, Greg, and I have 2 sons. Braeden is a student at MTSU and Jackson attends Summit High School in Spring Hill. I am a school bookkeeper for Poplar Grove Middle School in Franklin.  When I am not playing or teaching oboe, I enjoy spending time volunteering with the Summit High School marching band or cheering on the MTSU Band of Blue. I love supporting my 2 sons who are both brass players.