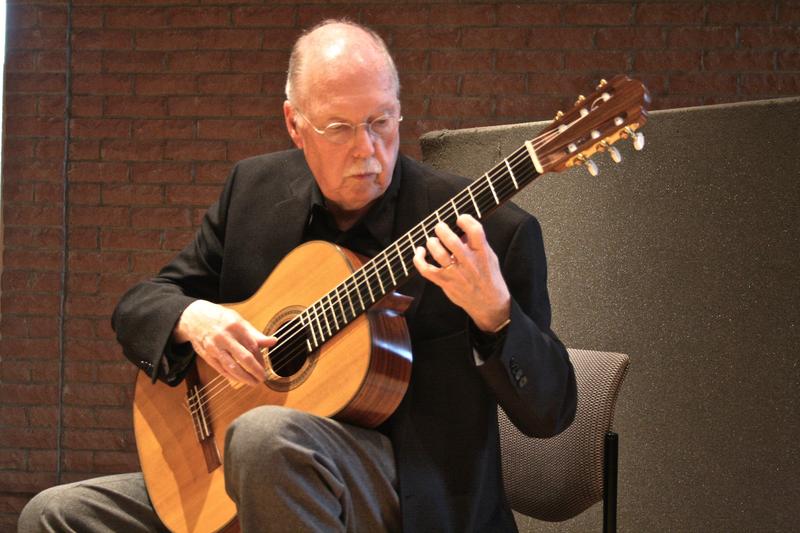 John Johns
At his New York debut at the Weill Recital Hall at Carnegie Hall, The New York Times praised John Johns as a “first-rate performer with sure fingers and a firm technique….a sensitive instrumentalist.” The Guitar Review described him as “an unforgettable guitarist!” The Nashville Tennessean called him “a superb musician” and “a classical guitar wizard” while England’s Classical Guitar said that he was “always musical and often poetic.” Johns first received national recognition as a student at Peabody Conservatory of Music when he appeared on the Westinghouse-ABC television special “A Pride of Guitars”.

He performed to critical acclaim on National Public Radio’s “Concert Guitar” which featured some of the world’s leading guitarists, among them Manuel Barrueco, Carlos Barbosa-Lima, Leo Brouwer, Sharon Isbin, and Oscar Ghiglia. His recording, “John Johns Plays Bach, Bennett, Brouwer and Others” has received international acclaim by leading guitar periodicals and journals. He made his Paris debut performing a concert for the American Ambassador to the Office of Economic Development and Cooperation and invited guests and dignitaries from the French, American, and Canadian governments. He has also performed in Nice, France in the Kautalus Guitar Association’s Guitar Festival.

In June 2003 he presented a recital at Chitarra Imperia International Guitar Festival in Imperia, Italy. John Johns holds degrees from Peabody Conservatory of Music where he was a scholarship student of Aaron Shearer, and from George Peabody College. He joined the faculty at the Blair School of Music in 1972 and has been Chair of the Guitar Department since 1986. Johns retired from the Blair School of Music in 2017 as Professor of Guitar, Emeritus.